Agglomeration is a headache. Let me start by saying so first before we start looking at what it actually is. Agglomeration happens when particles stick to each other or to another solid material, under natural circumstances. Machine handlers dealing with bulk solids and powders fret the lump/cake formations since it delays the process of loading the material for processing. Agglomeration can occur in granules, pellets, tablets and in bricks as well.

How does the agglomeration happen? Reasons are multiple for this to happen. It could be due to partial melting, chemical reaction, recrystalisation, surface tension, electrical forces and more.

There are some ways in which agglomeration (lumping) can be avoided in the concerned material at various stages – be it while mixing, separation, size reduction, transporation and storage.

While mixing, the finest materials have the tendency to form unwanted lumps. In such a lumping the affected material is held together due to the molecular forces, electrostatic forces, and capillary forces. To prevent agglomeration while mixing, the manufacturer must select a mixer that can either mix the materials with frictionless stress or use a mixer fitted with devices that break the agglomeration. Likewise, there are preventive measures to be taken at every stage to avoid lump formations.

Lumping occurs when the forces between the particles increases over time. Technically speaking, the stickiness is due to van der Waals forces (forces that act between electrically neutral molecules ), polar interactions (when adjacent particles contain electron-rich/electron-poor regions), liquid bridges (due to moisture presence).

Here are some actions to prevent lumping/agglomeration.

For further technical help in this matter, experts from the Consultiger.com network would come in handy. 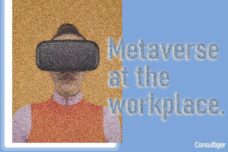